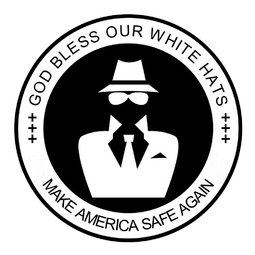 Only a little over a month remains for the chaos with Deep State Cabal corruption to settle before the holidays.
The FISA abuse investigation is expected to be blown wide open before the holidays which will implicate many high profile individuals.
HRC is expected to be implicated for crimes against the nation in October.
The very first Q drop on October 28, 2017 stated that Hillary would be arrested "tomorrow".
FUTURE PROVES PAST.
In other news, China will be celebrating their independence day on October 1st which gives Xi Jinping a week to make a "great deal" with Trump to increase his approval rating.
Meanwhile, the redemption of ZIM bonds is expected to occur before the holidays.
The redemption funds from the ZIM bonds will be deposited into the Quantum Financial System (QFS) currently operating independently in the background.
The QFS will be disclosed after all countries have adopted the gold standard or an asset-backed system via a Global Treaty.
The purpose of the QFS is to phase out physical money and create a cashless society once various self-sustaining technologies (free energy, med-beds, etc.) have been disclosed.
(Disclaimer: The ABOVE is an overview of the current situation of the world based on intelligence received from several sources which may or may not be accurate or truthful.)
Original link: https://operationdisclosure1.blogspot.com/2019/09/rvintelligence-alert-implication.html?fbclid=IwAR2eUo-Y-JMRaOfHYGLBiUHoFZWfVVpcOrAl1aQKJ3FVCjW5hjkt5F6Y2uA
News