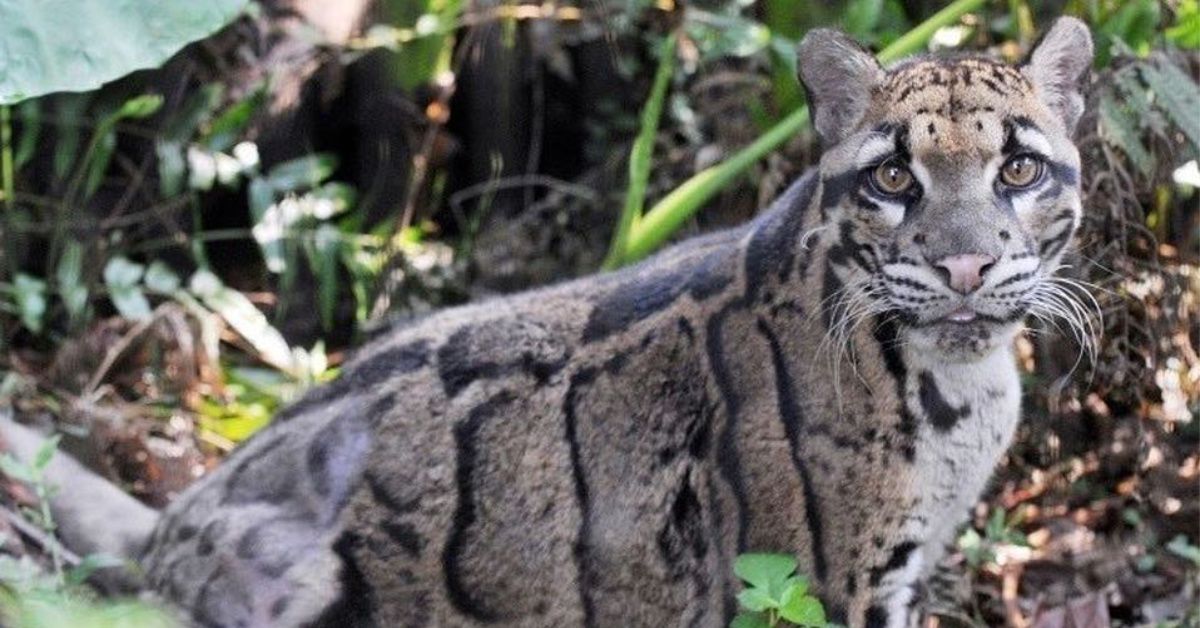 The Formosan clouded leopard was a beautiful animal that was endemic to Taiwan and hadn't been seen since 1983. Or so everyone thought.

From Wikipedia, the free encyclopedia
Jump to navigationJump to search
The Formosan clouded leopard (Neofelis nebulosa brachyura) was a clouded leopard subspecies that was endemic to Taiwan. Camera trapping studies carried out in several protected areas in Taiwan between 1997 and 2012 did not reveal the presence of a clouded leopard.[2][3] The population is listed as extinct on the IUCN Red List.[4]
It was first described in 1862 on the basis of a traded skin with an incomplete tail. Its fur colour is pale to tawny, and it has large cloud-like markings on the shoulders and flanks with a few spots within the clouds.[1][5]

In his first description of four Formosan clouded leopard skins, Swinhoe noted the shortness of its tail, which is about one-half the length of clouded leopard specimens from the Himalayas.[1] It was Taiwan's second-largest carnivore, after the Formosan black bear.[2] 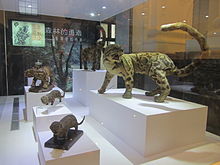 Specimen in the National Taiwan Museum
An interview survey conducted in 1986 among 70 Taiwanese aborigines hunters revealed that they sighted a Formosan clouded leopard in the Tawu Mountain area in 1983 for the last time.[6] In 1989, the skin of a young individual was found in the Taroko National Park area, which is the last confirmed record.[7] Pugmarks reported in the 1990s near Yushan National Park were suspected, but not confirmed to be of a clouded leopard.[8][9]
It has been assumed that clouded leopards retreated into the Yushan Range and Tawu Mountain after extensive logging of natural habitat. Today, the Tawu Mountain Nature Reserve is a protected area encompassing about 480 km2 (190 sq mi). It harbours the largest remaining primary forest in southern Taiwan and comprises tropical and subtropical rainforest as well as temperate broadleaf and mixed forestand temperate coniferous forest.[2]
Between 1997 and 2012, camera trapping surveys were conducted in more than 1,450 sites in potentially suitable habitats across Taiwan, from the seashore to an altitude of 3,796 m (12,454 ft), in fragmented lowlands and inside protected areas.[3] This survey also included 13,000 camera trap nights between 2000 and 2004 in Tawu Mountain Nature Reserve and the adjacent Twin Ghost Lake Important Wildlife Area.[2]During a nationwide survey effort of 128,349 camera trap days, 12 potential prey species were recorded including Sambar (Rusa unicolor), Formosan serow (Capricornis swinhoei), Reeves's muntjac (Muntiacus reevesi), Formosan macaque (Macaca cyclopis) Swinhoe's pheasant (Lophura swinhoii) and rodents. However, not a single clouded leopard was recorded. It is therefore considered extinct.[3]
Owing to the relative rarity of reports of live Formosan clouded leopards even when it was extant, there is a hypothesis among some researchers that the Formosan clouded leopard never existed, and that the pelts frequently worn by indigenous communities were Sunda clouded leopard pelts that were being traded between the Sunda Islands, China, and Japan. However, this is not widely accepted, as several records of live clouded leopards on the island exist. It was reported that 24 clouded leopards were shot during the 1933 occupation of Taiwan by Japanese forces.[10]
In February 2019, Taiwan News reported two unconfirmed sightings by two different groups of rangers in Taitung County, both made in the summer of 2018. One report was of an individual climbing a tree and climbing a cliff in order to hunt goats, while another was of an individual darting past a scooter on a road before climbing into a tree.[11][12] 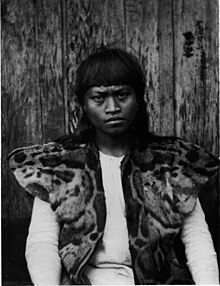 Taiwanese Aboriginal male (identified as Rukai 魯凱族) wearing a clouded leopard fur. Photograph by the Japanese anthropologist Torii Ryūzō is undated, but was most likely taken around 1900, when he was in Taiwan.
The Rukai, Taiwanese aborigines, considered the hunting of clouded leopards a taboo.[13]
News